I am here in Thessaloniki, Greece to see my friends Ana and Velko, and their 2 beautiful children. The weather hasn’t been sunny, and even rainy, which is unusual .

I had sent a package from India, which has been held up in Athens Customs since April 1st. It is now the 11th, and I leave tomorrow. I had brought clothes as gifts for the family  and had myself a custom made  Ladies tuxedo from Goa, which I have always wanted. Athens Customs wants money, extortion or corruption,  whatever you want to  call it, which I will pay, but they still have long procedure before it is released  if ever!

Greece is part of the European Union and they are not supposed to act like this, but they are. I even called the Canadian Embassy in Athens. They were very quick. They called customs and called me right back to tell me it had been released from Customs, which was a lie.

We shall see, whatever it will cost me and my poor Tuxedo will have travelled the world, India, Greece, UK and hopefully Canada.

I bought Tux for my Daughter Jody’s wedding in October in Toronto. We shall see. Meanwhile, I just love the Greek food!

Back to UK, then Canada.

Other news, I met a young man in hotel lobby in Cambridge UK. He is talent identifier for a major international agency. They handle Jay Z, Drake and many sport stars as agents. They have requested more information on me, who knows if and where this will take me. 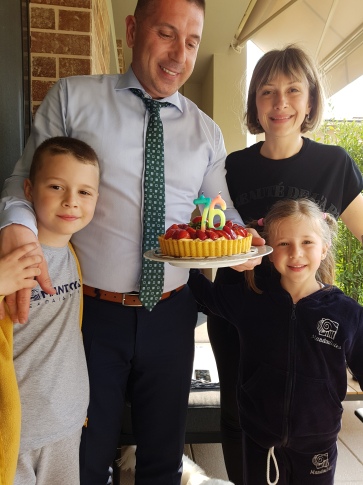 My Greek Family with my Birthday cake!

Blowing out the candles!

One thought on “Greece Visit”