I spent weekend in Belfast.  With a population of 500,000 and I don’t think I understand troubles that happened here anymore than I did before I came!

It’s an old gritty city, with nice people, creative restaurants and great old pubs!! The Titanic exhibit is excellent. It’s very well done, in a building as high as ship, (the ship was built here). The Parliament and City Halls are both magnificent buildings in beautiful settings‎!

‎I have tried to capture a lot with pictures. I took a black taxi political tour and had Gerry as driver. He was excellent and funny. Gerry had tattoo of lady on his arm, it was his late mother and it was placed in position where he could kiss it! His taxi was 30 years old, so he had a chain bolted to door inside so the wind wouldn’t take off his door. Pretty clever.

The city centre is full of social housing, very close to the various walls, for many homes the wall is in their backyard, no garden what- so – ever.‎ I saw 3 gates to the other side of walls and apparently they are closed on regular basis. On July 12th, every year, there is a massive orange parade (Protestants) and a bonfire you can see for miles. It burns all night.

The walls are covered with very well done murals. I was told they are done by prisoners and changed every few months (hundreds of them). They represent freedom fighters, people who chose to die of starvation and modern day heroes; Mandela etc.

For me, the most powerful site were the homes with bricked up windows and small bullet proof glass windows. These people lived without light!

They say the walls will come down in 2020, not sure why, and cynical people say it will never happen because of tourists‎.

‎The latest issue is causing a lot of conversation over Theresa May and the Northern Ireland DUP,(in my view not healthy partnership at all). DUP are anti-gay, anti-abortion etc. I personally feel the sooner Mrs May resigns the better. This is dark period for the UK, with Brexit, the election and the fire (what a mess).

Back to England, for the next couple of weeks and then travel to one of my heart homes Newfoundland Canada! 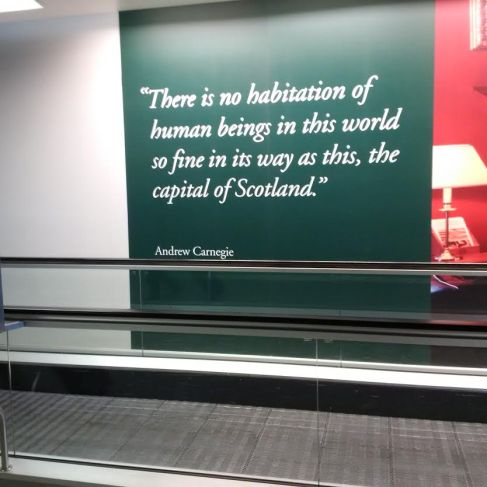 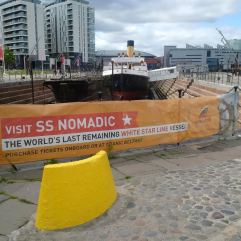 Couldn’t resist the name Nomadic, one of the tugs that assisted the Titanic! 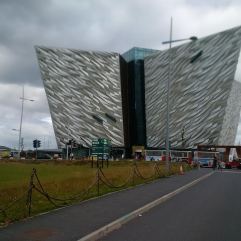 Excellent Titantic exhibit, it was built in Belfast, Building is exact height of ship! 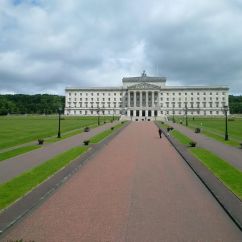 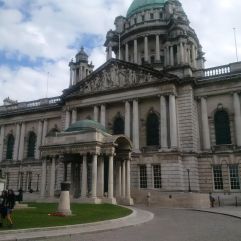 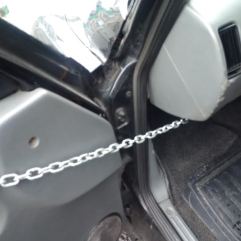 Chain on taxi door to stop being blown off by the wind! 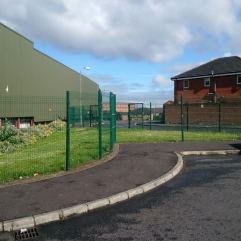 One of numerous walls in city centre! 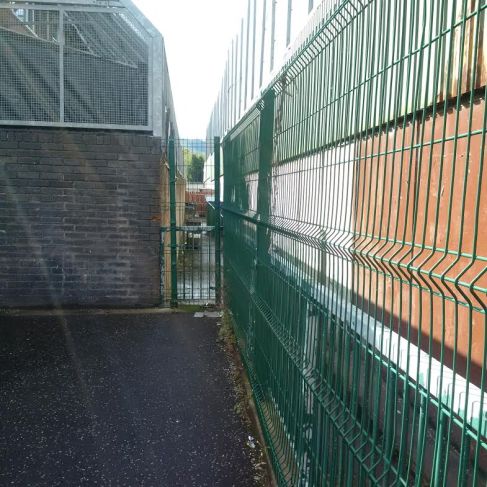 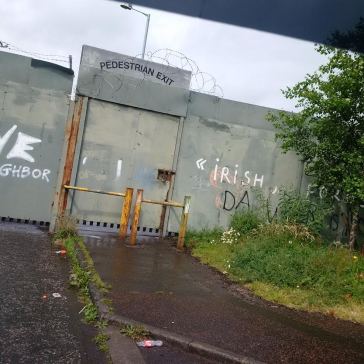 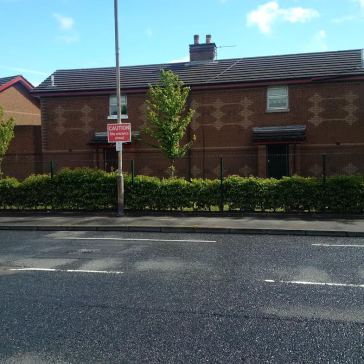 Another picture of home where people live in dark! 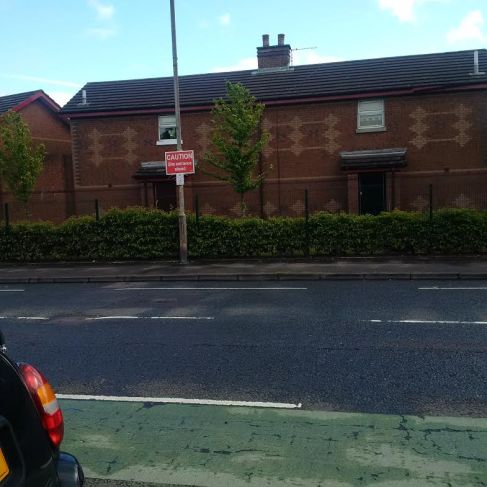 Bricked in wondows, with small bullet proof window above! 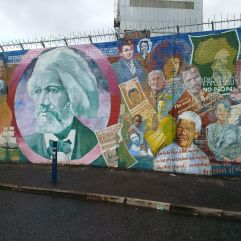 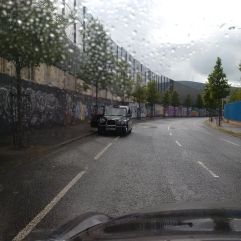 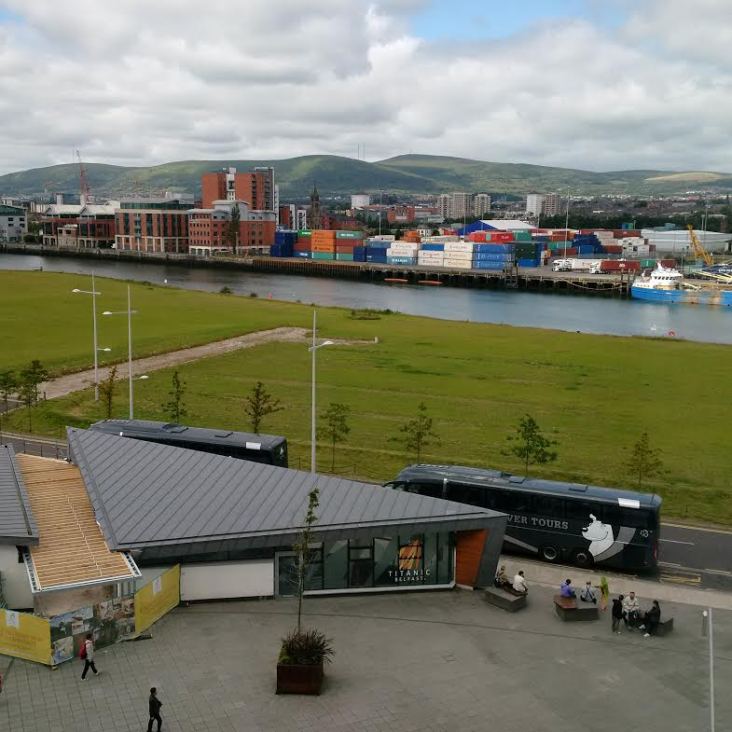